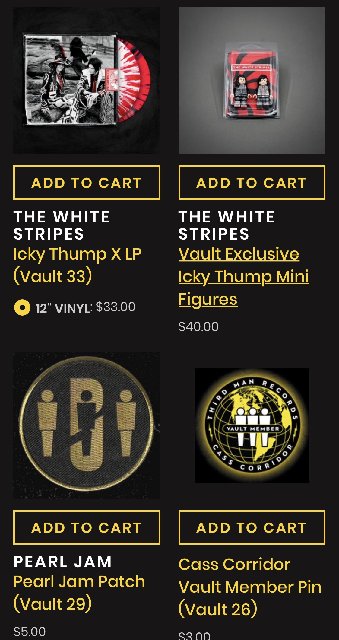 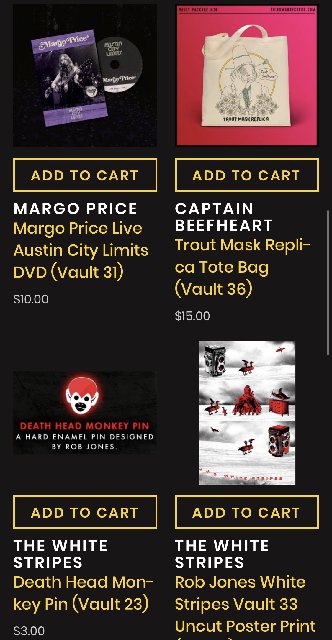 Discount seems to work too.
Top

Haha - Those have been there for a good while now.
Top

Haha - Those have been there for a good while now.

Good so, if not you have to loose faith in humanity haha!
Well productioncosts of a few cents and normal price of lego they should cost a maximum of 10-15$
" I wish someone would ask me “how do you get that sound?” they never do. The answer is “I fucking mean it.” " - Jack White
Top 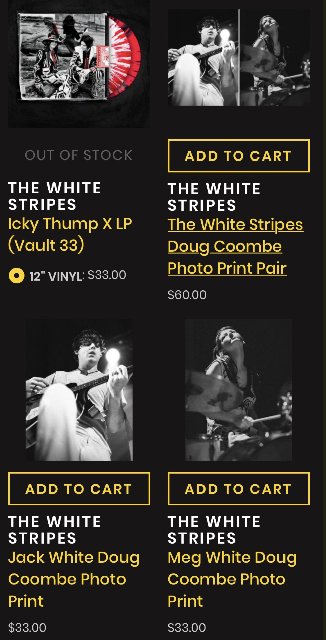 From the Coombe Archives: De Stijl Record Release, 2000
Apr 9, 2020
The White Stripes were a couple months shy of releasing their first album when they immediately won me over playing at Paychecks during the Metro Times Blowout on March 13, 1999. They had an arsenal of awesome songs and they sounded so good on a small stage.

Jack and Meg following up such a perfect record practically a year to the day later with De Stijl was hard to believe. We had already heard most of the songs played live in Detroit at The Gold Dollar and the Magic Stick and knew how great they were. The album’s preview single of “Hello Operator” paired with one of my favorite covers of theirs (Dolly Parton’s “Jolene”) also hinted that another strong album seemed to be imminent.

And calling the album De Stijl? Not only were Jack and Meg passionate about music - they were also tipping you off that they were just as inspired by art, design and photography. That would quickly become clear with all the fantastic videos, album covers and cool merchandise that followed.

All of the great bands that played at the Gold Dollar, The Magic Stick and during The Blowout back then kind of felt like treasured secrets shared by a circle of friends that amounted to a few hundred people. A lot of people from the suburbs didn’t venture into the city back then and it seemed hard to imagine any of these brilliant bands getting larger recognition. Digital cameras, cell phone photos and “everything” being on the internet were still a few years off.

But when The White Stripes played The Magic Bag in Ferndale for their De Stijl album release on June 3, 2020 you could start to imagine them not just being Detroit’s best kept secret. Even though the Magic Bag is just 9 miles north of The Gold Dollar back then it felt like it was a world away.

People you would never see at The Gold Dollar were there that night cheering on The White Stripes. And Jack and Meg sounded amazing on a larger stage. Like they always did at the Gold Dollar when you were standing just a few feet away from them with your friends drinking a $2 PBR. It was easy to imagine them playing larger venues seeing them up on stage that night.

Back then the development of artists was more organic. A process of building on each album to garner more fans, press and bigger tours was the playbook back then. That night at The Magic Bag it seemed to be they were on their way. The release of White Blood Cells almost a year after De Stijl would confirm that The White Stripes were no longer just Detroit’s little band. They rightfully belonged to the world then.

And that to me seemed to be part of the process of bringing the world back to Detroit. Along with a lot of other fantastic Detroit musicians, artists, activists and residents who had been living and working in Detroit for decades it reminded the world (and the suburbs) it was time for people to come back to Detroit and invest their time, money and compassion into one of the greatest cities in the world.

Third Man Photo Studio is doing a limited run of prints for some of the featured photos. Check the links below!

Purchase the photo print of Jack on Vault Novelties

Purchase the photo print of Meg on Vault Novelties

Purchase both prints on Vault Novelties

Wonder what they might be limited to. Or just printing money.
Top

They’ve been sperlin’ us rotten. 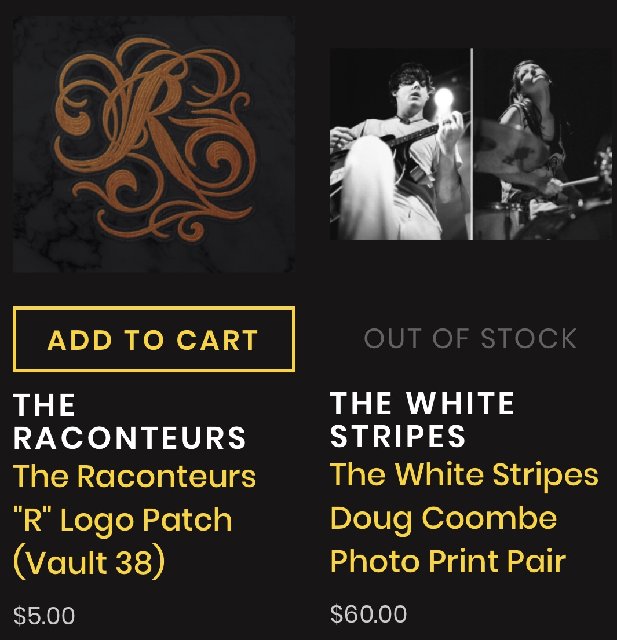 thirdmanrecords @scottherkes this bundle includes the standard black vinyl. We have the exclusive indie version available on the vault store or you can order it online from a local record store! 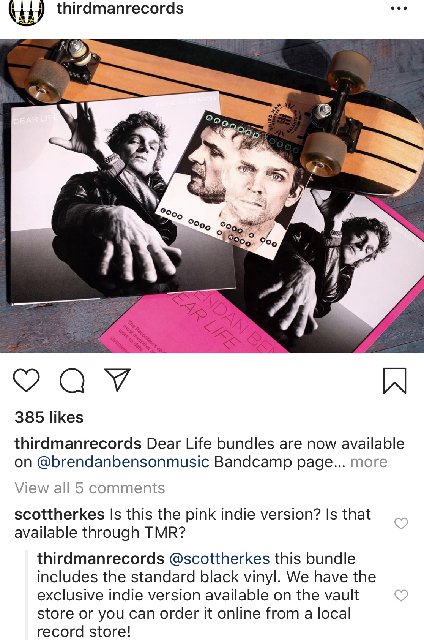 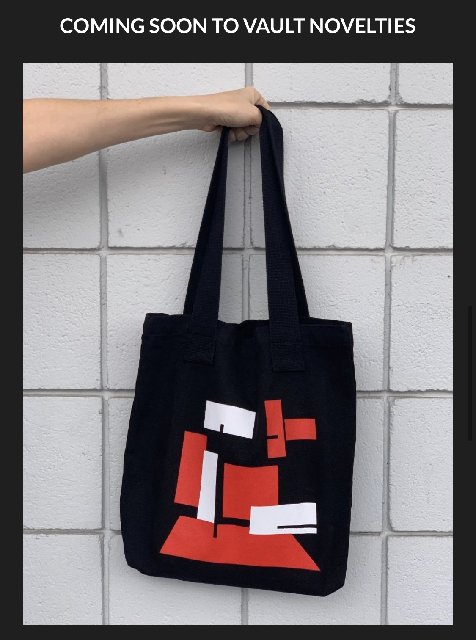 thirdmanrecords @reddkross "Show World" (1997) and "Phaseshifter" (1993) reissues are out now! Available on 180-gram standard black vinyl at ThirdManStore.Com and limited colored vinyl available on tour with the band or on #TMRVault. Purchase at the link in bio. #reddkross 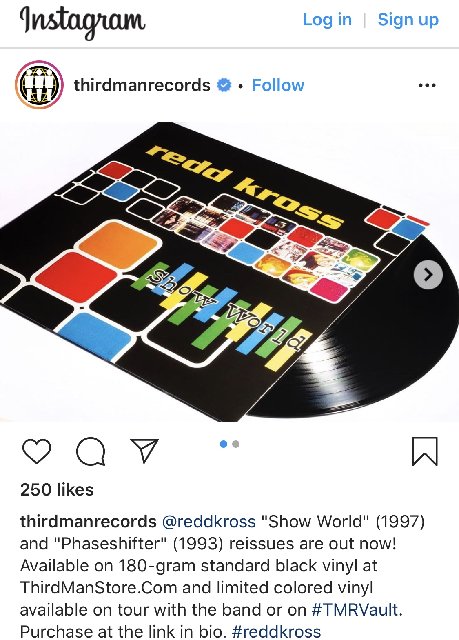