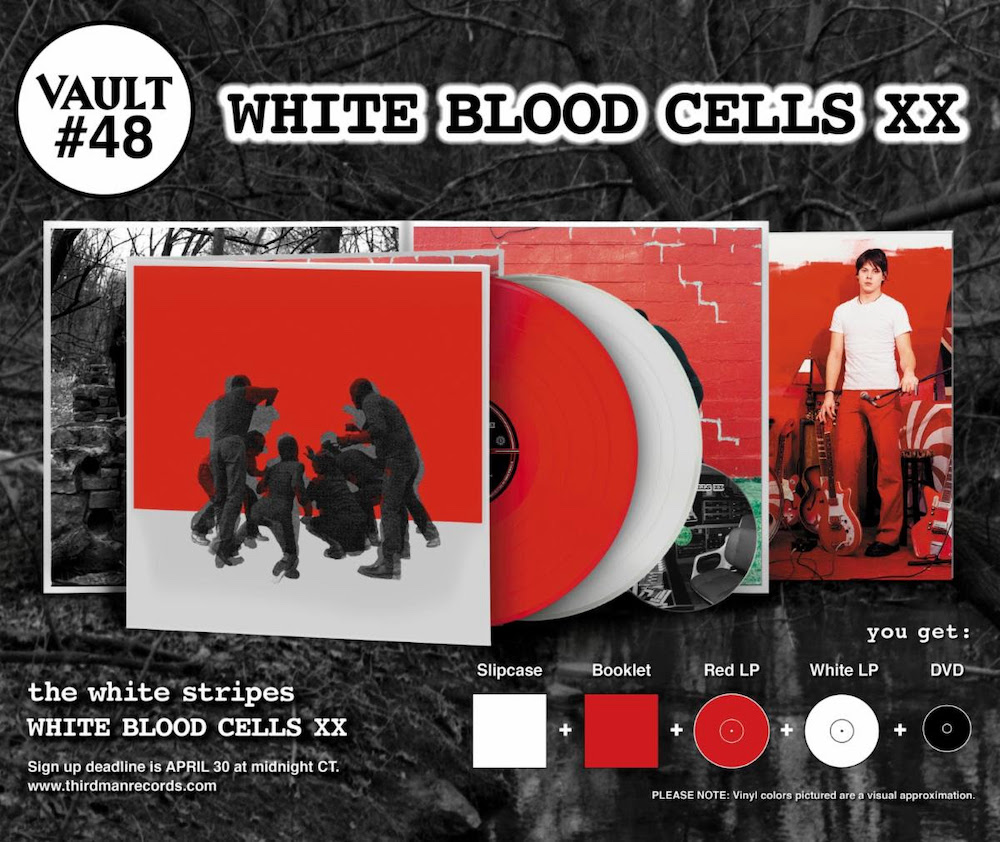 Announcing Vault package 48: White Blood Cells XX, the companion to The White Stripes’ universally acknowledged 2001 album White Blood Cells and in celebration of the 20th anniversary of its release. This package includes a double LP, disc one containing 13 unreleased demos, outtakes, and alternate mixes and disc two containing a previously unreleased live recording from the band at Headliner’s in Louisville, Kentucky, recorded on September 6th, 2001. The true treat of this Vault package is the hour-long, cinema verite behind-the-scenes peek at the White Blood Cells recording process at Easley-McCain Recording, unseen by anyone in the past two decades, now on DVD. Additionally, the package comes with a 12” x 12” full-color booklet, chock full of rare posters, flyers, and unseen photos. Get a glimpse of the package with audio of "Fell In Love With A Girl (alternate take)" now on YouTube.

I'm in for sure. I love this kind of vault package.
Top

Haha I kept refreshing for this, back in the game!
Top

No album? I'm out....
"The chairs are too nice, the chandeliers are too beautiful, and the popcorn is too buttery." - Jack White
"What if my problem wasn't that I don't understand people but that I don't like them?" - Louis Bloom
Top

Lol. Right. Because what we want more of is the Vault where TMR gives us the same album we have several versions of in a new color! I mean, you have to have a different version for each outfit right?

I’m down for this. I usually don’t dig the DVDs as much, but a behind the scenes documentary is something I’ll definitely watch.
Has everything you said today been true?
Top
Post Reply
6 posts • Page 1 of 1